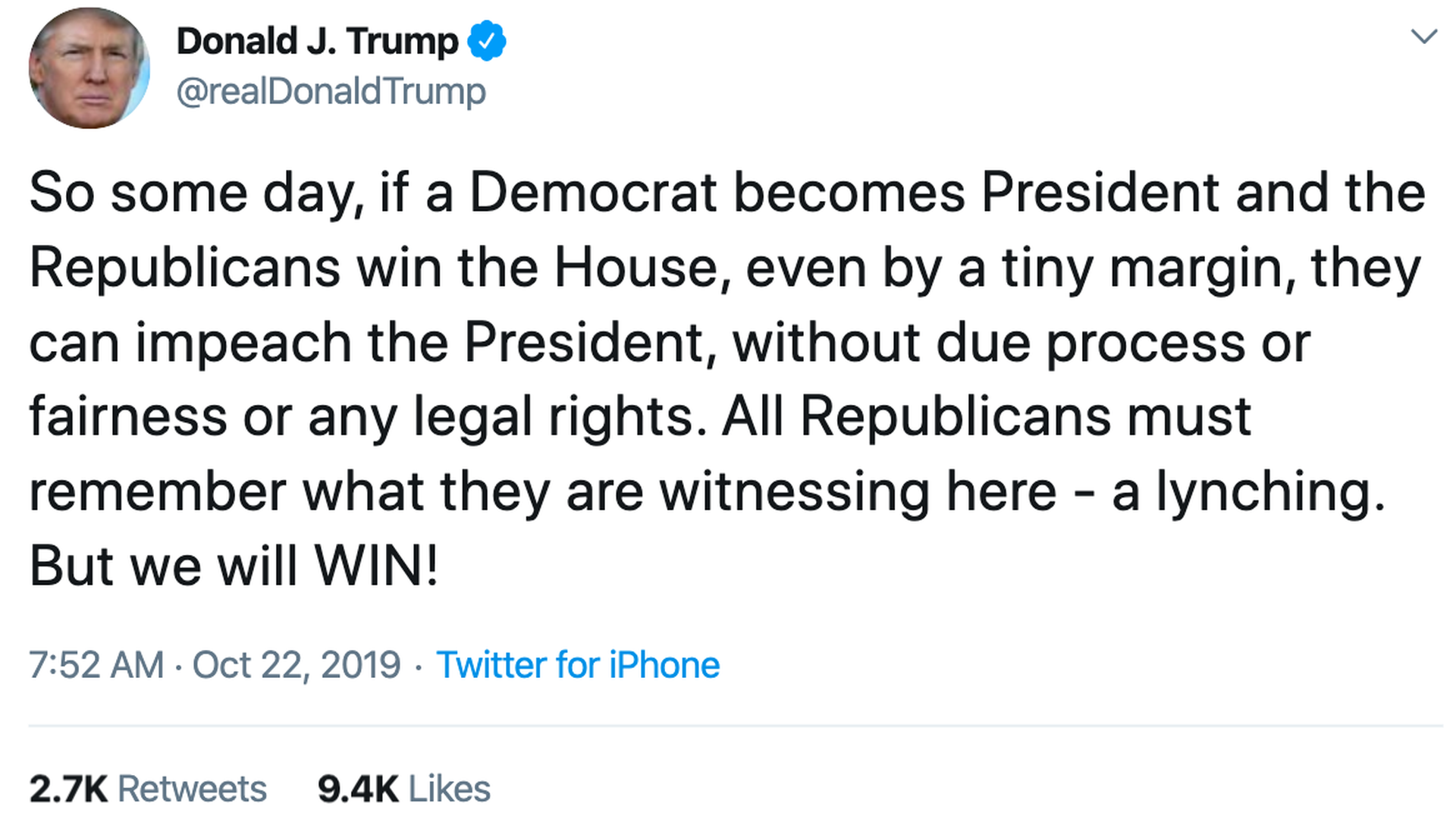 October 22, 2019 - Traister Analyzes Why Powerful Men Like Trump Position Themselves as Victims

In an article for New York Magazine, author Rebecca Traister uses President Trump’s recent comments about being victim of a “lynching” (in reference to impeachment moves) to analyze both how and why Trump and other powerful men have used similar language to position themselves as victims. Noting the racist history of lynching, Traister writes: “The willingness to abuse power and then protect one’s power by casting oneself as abused, via a fantasy of victimhood, surely has a lengthy history, but has become a particular hallmark of the post-Obama political era. The inversion of vulnerability so that it applies — nonsensically, ahistorically, yes, but too often, persuasively — to the least vulnerable is pervasive and effective. Those who were lynched were, definitionally, powerless. This makes it both particularly rich and particularly potent imagery for the powerful. It enables them to appropriate one of the only tools available to the powerless: the moral claim to a tale of injustice.” Trump’s use of this language was rebuked by some prominent Republicans, but backed by many others.