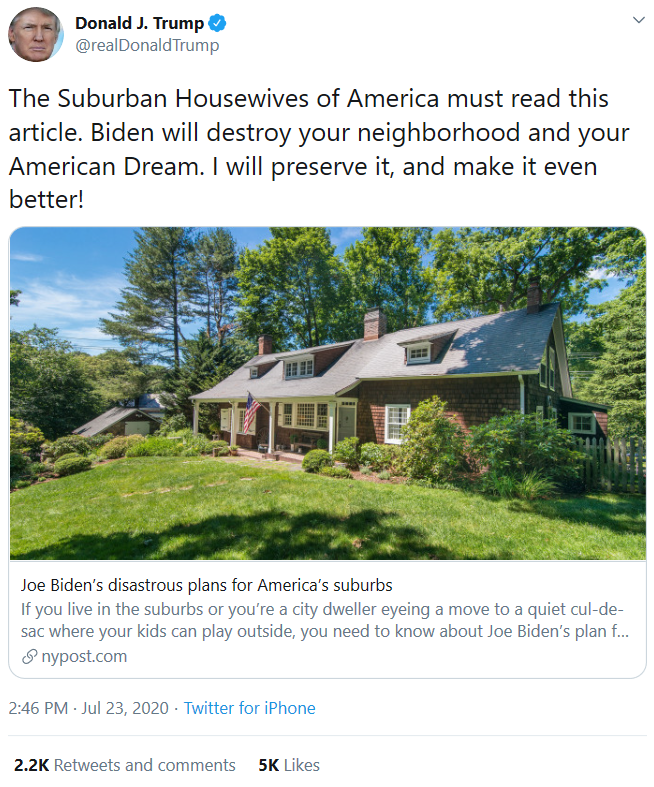 In a tweet responding to reports that Biden would reinstate the fair housing policies of the Obama administration, Trump appeals directly to the “suburban housewives of America,” telling them that Biden’s policies will destroy their neighborhoods. Trump’s use of “housewives” elicits criticism from many who note that the term is both a dated term as well as one not reflective of the reality of women’s high levels of labor force participation. Trump’s appeal also positions himself as a male protector of suburban women – and more specifically white women, leveraging and reinforcing his masculinity. Trump continues to use “housewives” in subsequent tweets and speeches, and he queries supporters at an October 2020 rally, “Does anybody mind that term? Is that a bad term?” He argues of his use of the term, “The women, they loved it.”