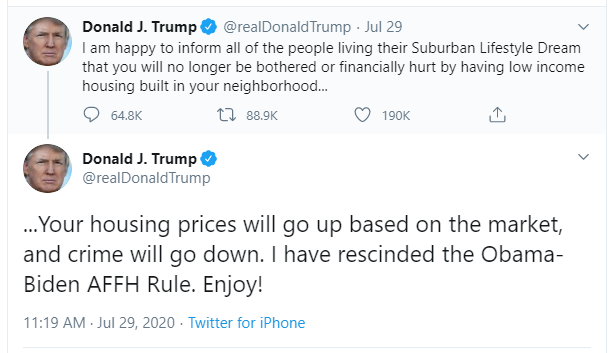 In a tweet paired with his administration’s decision to pull back an Obama program that sought to combat segregation in suburban housing, Trump affirms that “people living their Suburban Lifestyle Dream” would “no longer be bothered or financially hurt by having low income housing built in your neighborhood.” Trump’s comments, here and throughout his campaign, about protecting the suburbs – and specifically suburban women – are perceived by many as messages specifically to white suburban populations that he will protect them from the threat – both physical and economic – of racial integration.