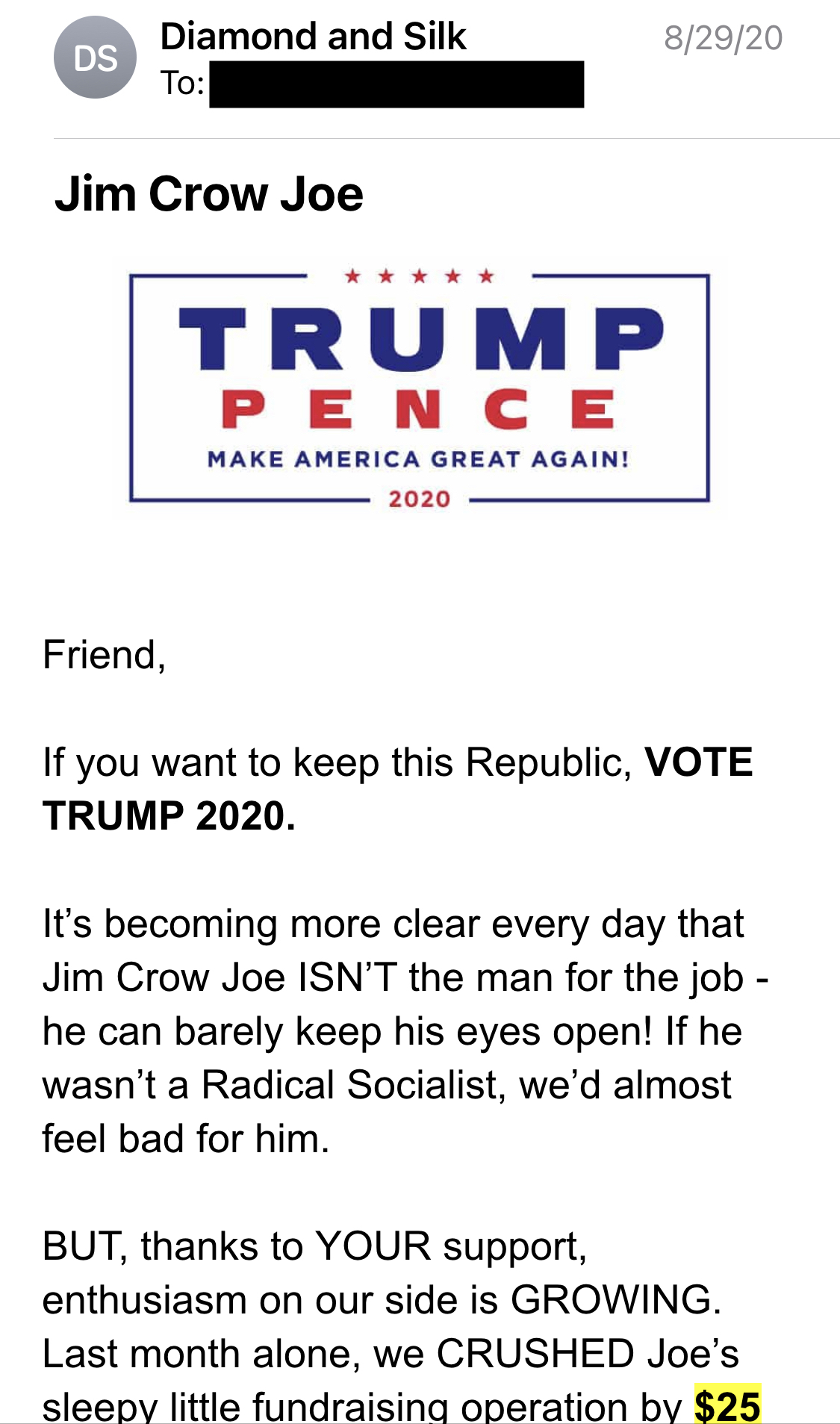 In a Trump campaign fundraising email, two Black women surrogates for Trump – known as Diamond and Silk – call Joe Biden “Jim Crow Joe,” arguing he has not done enough for the Black community in his nearly 50 years of public service and implying instead that he has done damage. Trump’s use of Black women surrogates might also be an attempt to raise questions about Biden’s support among Black women voters, who are among the most reliable Democratic voters and are key to both primary and general election success.